The heart of the Jewish community in Racine

The heart of the Jewish community in Racine

Traditional egalitarian service, we welcome everyone.

One week after a gunman killed 11 people at the Tree of Life synagogue in Pittsburgh Oct. 2018

Established in the 1920s, the synagogue holds a traditional egalitarian service, welcoming everyone in an open and friendly family-oriented atmosphere.

Shabbat Services are held Saturday mornings at 10am.

Would you like to sponsor a Kiddush lunch or Shabbat dinner? Please email or call and let us know!! 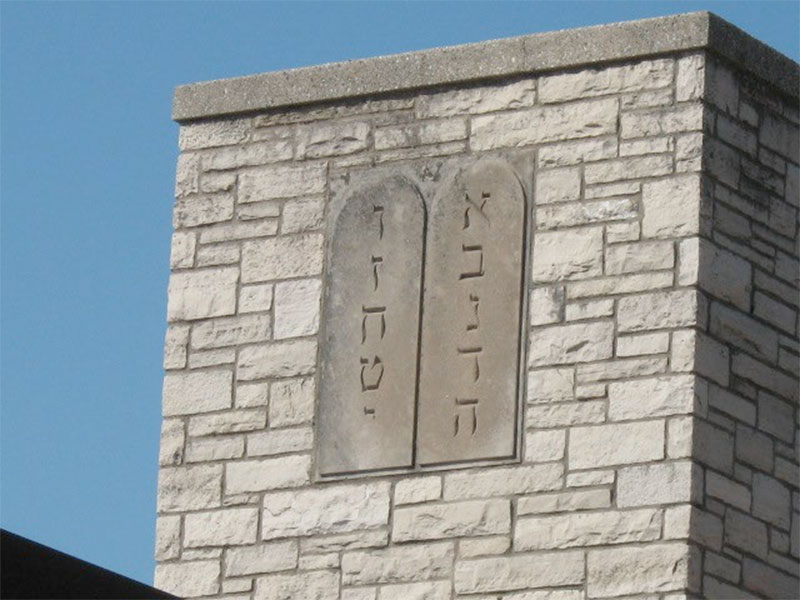 Today, led by Rabbi Martyn Adelberg, Beth Israel Sinai Synagague continues as the heart of the Jewish community in Racine. Shabbat services are held every Saturday morning at 10:00 a.m. All are welcome, and no reservations are necessary.

Sinai Congregation and Beth Israel Congregation merged in 1925 to form a single synagogue, Beth Israel Sinai Congregation. To unite the Racine Jewish community, the new synagogue was organized as a Conservative congregation. It would have mixed seating of men and women; services would be in Hebrew and translated into English; there would be no choir or instrumental music, and men would wear the traditional tallitot and yarmulkes. The new shul (synagogue) was large enough to afford the services of a rabbi, and Rabbi Aaron Cohen became Beth Israel Sinai’s first rabbi. He was also the first rabbi in Racine. Rabbi Cohen served Beth Israel Sinai from 1925 to 1937. The shul was housed in Beth Israel’s building, a house at 10th Street and Villa on Racine’s south side.

With the outbreak of World War II in 1941, several members went into the Armed Forces. In all, 143 members of the Jewish community in Racine went into the military during the war. Of those, four died during the war: David Gordon, Norman Gordon, Leonard Hulbert and Harvey Shovers. In 1943, Beth Israel Sinai was able to retire the mortgage on its building, and plans were made to build another synagogue. In 1945, the Jewish Welfare Council of Racine was founded to assist individuals and institutions in need. 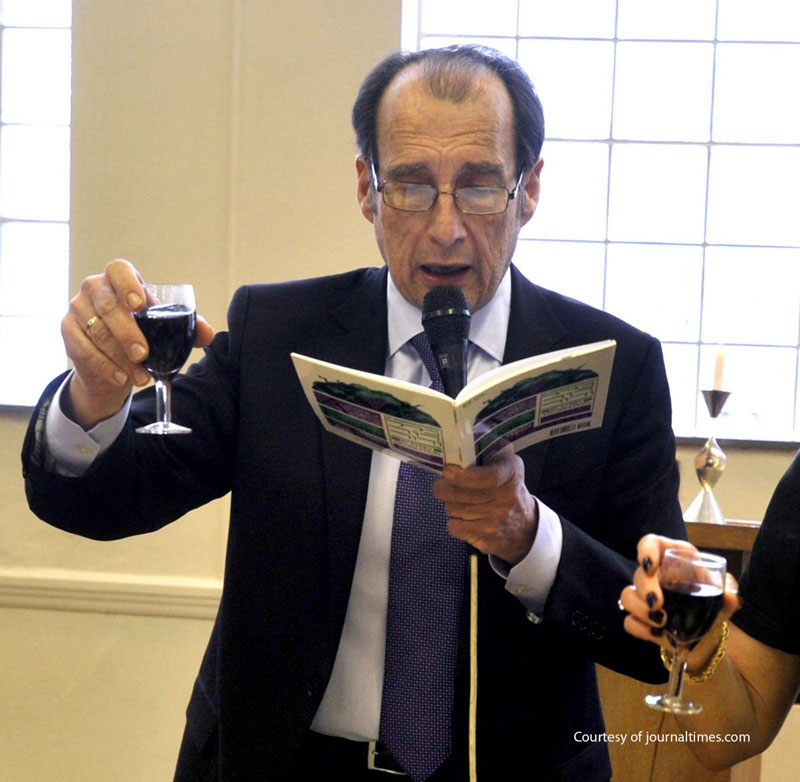 My name is Rabbi Martyn Adelberg. I have had the honor of serving Beth Israel Sinai since October 2000. As a young man, I attended the Hebrew Theological College in Skokie, Illinois and Bar Ilan University in Ramat Gan, Israel. At the age of eighteen, I taught myself High Holy Day services off an old LP. After receiving my bachelor’s degree from Michigan State University, I interviewed at the Jewish Theological Seminary. Ultimately, I decided to pursue a different career path. I earned a master’s degree in African studies and then moved to South Africa for seven years to pursue my doctorate in Afrikaner-Jewish relations on a scholarship from the South African government. While living in Johannesburg, my wife Marcia and I added three children to our family. Our twin daughters Lara and Robyn and our son Gregory joined our eldest daughter, Becky, who had been born in East Lansing, Michigan a few years earlier. We returned to the United States in 1986. At that time I started a mathematics and foreign language supply company.

In October 2000, I became the new spiritual leader of Beth Israel Sinai Synagogue, arriving as a self-trained cantor with six years of yeshiva study. In July 2003, at the Temple Board’s suggestion, I began studying towards my rabbinical ordination, and earned my smicha in June 2006. Our synagogue has emerged as the spiritual center for Judaism in the greater Racine area. We are open to all Jews who seek to embrace and understand their religion. Beth Israel Sinai Congregation stresses Jewish unity. All perspectives are welcome. I am proud that all of our B’nai Mitzvah and many of our members can read from the Torah and lead services.

Each Saturday morning, at 10:00, our Temple family comes together for Shabbat services followed by a weekly Torah class and Kiddush luncheon. The synagogue also offers afternoon Hebrew classes and B’nai Mitzvah training. Friday night Shabbat dinner and services are held throughout the year, as well as services for all holidays. Our Hanukkah dinner and our Passover Seder are open to the entire community. I am, of course, always available for any celebration or emergent need. We look forward to seeing you soon.

Please contact me by email or telephone should you have any questions or comments.

With the end of Ne’ilah, it is my hope that we have all been SEALED in the BOOK OF LIFE. In the Age of Covid, the Mahzor passage asking “who shall live and who shall die” becomes relevant. To quote from Mahzor On Rosh Hashanah it is written, and on Yom Kippur it is sealed. How many shall leave this world, and how many shall be born? Who shall live and who shall die? Who in the fullness of years and who before? Who shall perish by fire and who by water? Who by sword and who by wild beast? Who by famine and who by thirst? Who by earthquake and who by plague? Who by strangling and who by stoning? Who shall rest and who will be disturbed? Who shall be at peace and who afflicted? Who shall be impoverished and who enriched? Who shall be humbled and who exalted? And the remedy to insure human survival and avert both individually and collectively a “divine death sentence” is REPENTANCE, PRAYER AND DEEDS OF LOVING KINDNESS.

Or as the song says “put a little love in your heart”. With the United States approaching 200,000 deaths for Covid-19, we all must do more to ensure our collective survival. I know you have heard it before, but in the interests of humanity and some national deafness it is worth repeating. WEAR YOUR MASKS! SOCIAL DISTANCE! Watch for disease related warning signs like high temperature, severe aches and pains and constant fatigue. Don’t participate in large gatherings. Sanitize exposed surfaces when using public restroom facilities. If you must travel, go by car if the trip is less than 48 hours. Plane if you plan a longer trip. (Advice of both the CDC and Dr. Sanjay Gupta, Chief Medical corresponder for CNN.) The list is endless, but critical to our national health. Many European countries and Israel have recently had to reimpose lock downs due to infection spikes and increased deaths. Lastly our leaders should be encouraged to set an example by wearing masks in public at ALL TIMES. The virus does not distinguish between Republicans or Democrats, liberals or conservatives or libertarians or leftist. Science is supposed to be NONPOLITICAL.

Our Torah teaches us that each of us is dependent upon the actions of others. No one has the right to even unintentionally put someone else in danger. Since the beginning of the crisis, too many politicians and a handful of religious leaders have been doing just that. Let us return to common sense to reduce, and eventually eradicate this disease.

Only then will we increase our chance of being SEALED in the BOOK OF LIFE!

Reach out to us.